Why Worry When You cannot Do Anything? 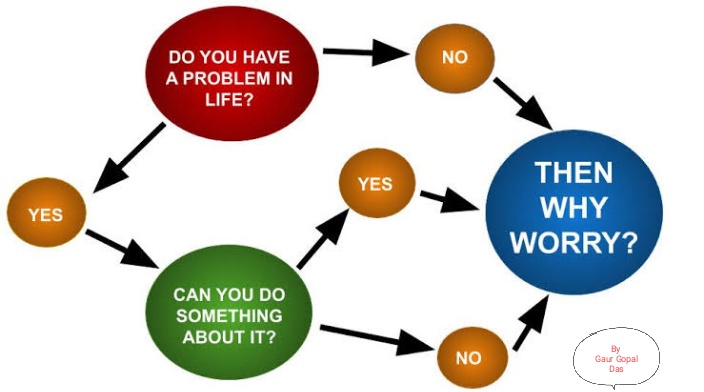 Do you worry about something?

When you cannot do anything for an issue which is beyond your control, then what is the use of worrying about it?

It is clearly picturised in the below image.

I hereby would like to remind you the story of Brian Acton from America, co-founder of Whats app.

Acton mentioned as Facebook turned me down but in the same year, he did an adventure that he introduced WhatsApp to this world and incorporated in Silicon Valley, California and in a few years, we knew the exponential growth of WhatsApp.

And the same Facebook who rejected him decided to buy WhatsApp for $19 billion.

Hope you can understand how the situations changed in his life.

So learn to detach yourselves from the situations that are beyond your control and understand there is no use of worrying about anything.

Cheer up and be happy always without any worries.

Will you worry for anything?